NYSC Diaries (Part 2) – The Hustle For a Primary Place Of Assignment (PPA).

NYSC Diaries is a 6 part series on my blog to commemorate my successful completion of the mandatory National Youth Service. It’s me sharing the stories, experiences and lessons I gathered during the year. Some will be serious, some will be funny, and some almost unbelievable. The one constant thing though is the faithfulness of God through all the seasons. Enjoy! … xX.

These days were REAL. While I was at Iseyin Camp, in the midst of the sun burns and sleep standing (please don’t ask me what that means x_x) an esteemed organization called Ibadan Business School came to camp to educate us on what the organization was about and hopefully recruit a corps member to serve with them.

To cut the long story short, I went over to their stand to make some enquiries and ended up having three interviews back to back. The series of interviews ended with me getting an offer letter which in this case was a letter to the State Coordinator requesting that I be posted to serve at their organization. I was ecstatic! I certainly did not see that coming and I spent the next few days basking in thanksgiving to God.

On the last day in camp, after finally getting to the front of one of the longest queues I’ve ever been on, I finally got a hold of my posting letter.  With my heart pounding against my chest, my eyes went straight to the local government. It was Ibadan!! What a relief, at least I wasn’t posted to a village in the hinterlands of Oyo state. I went ahead to check my PPA (Primary Place of Assignment) and it read “Oyo State Library board”. I was pretty sure that was not another name for Ibadan Business School.

Why on earth was I posted here? Immediately I set out to the state coordinators office to issue a complaint but I was met with an empty hallway. The woman probably ran to safety knowing that if she were within recognizable distance, complaints and pleas from corps members would flood her office.

After about an hour, I gave up the search and set out with my friends for Ibadan. My feelings were a combination of joy, gratefulness and uncertainty. The next 7 days after that was a hustle, I went from pillar to post in an attempt to change my PPA.

Why did I want to change it so bad? One of the things my mentor Dr. Muyiwa Oludayo hammered into my head before I left Covenant University was the importance of an enabling environment. I had been to the library (my assigned PPA from camp) once and I saw some of their staff gathered around an old desktop computer watching what sounded like a Yoruba movie. On that sight, I knew for sure this was not the ideal place to spend a year of service, my brain cells might have depleted. Or so I thought. 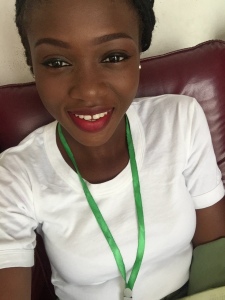 My attempts to get reposted were futile. I was offered the option of paying someone to “run it” for me. But I knew for sure that God wouldn’t like that, particularly because he had convicted me of doing something similar in camp. Clearly, that was not an option. A myriad of other crooked options were presented to me but I refuse to go that route. Just then I realized I was sweating. Usually when I’m walking in Gods will, I don’t sweat to have doors opened on to me; where he sends he provides.

At this point I settled down in my spirit. I recommitted it all into Gods hands and asked that his will be done and this time without a set “will” in my mind. After so many days, I had peace and rest. I went to see my LGI (Local Government Inspector) with whom God gave me unusual favor. After some going back and forth, I changed my mind and told her I would no longer pursue a reposting. She was relieved, for some reason she felt I should do same. 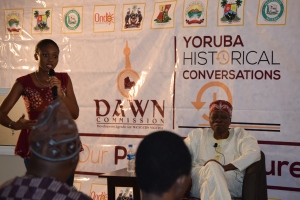 That organization was DAWN Commission where I not only learnt a lot, but made lifelong friends and was adopted as a member of the “DAWN family” as we like to say. Every moment spent at DAWN was fantastic! It was an enabling environment in every sense of the word. 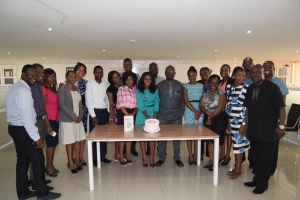 I am eternally grateful to every single staff at DAWN! If you’re reading this, please know that I love you always and I’ll be more than happy to be of help to you in achieving both your personal and corporate objectives.

9 responses to “NYSC Diaries (Part 2) – The Hustle For a Primary Place Of Assignment (PPA).”